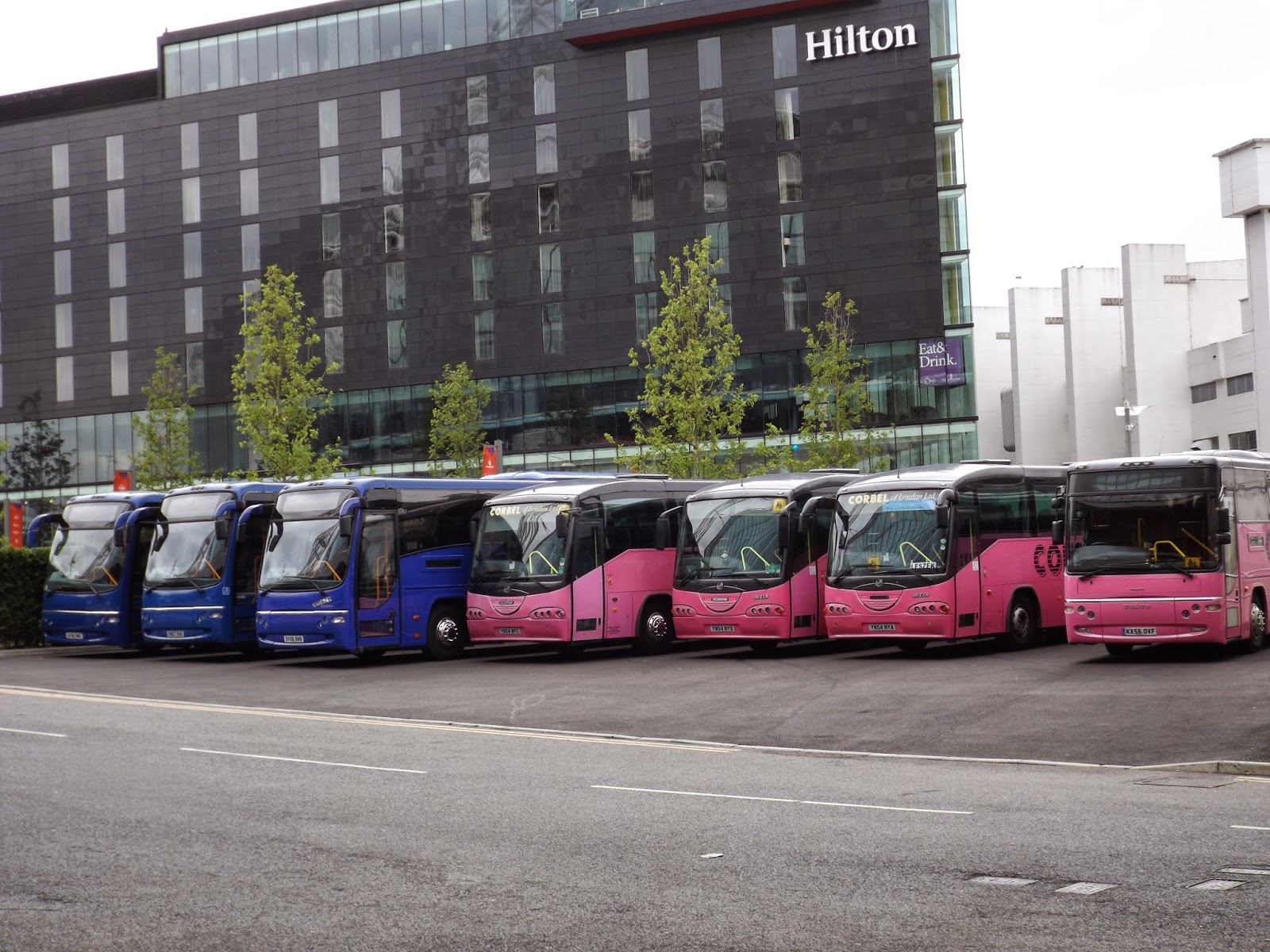 The Vibrant Line Up of Coaches From Corbel Coaches

Following on from Part One of a look at the coaches involved in transporting thousands of fans from Middlesbrough and Norwich to Wembley Stadium for the play off finals. Part Two takes a look predominantly at the more striking and notable vehicles loaned to Sanders. If you haven’t read Part One yet, you may wish to now to get a feel for the events logistics and see an overview of just how many coaches there were.

I will, however, begin with this vibrant line up of coaches from the Corbel Coaches fleet. Corbel Coaches operate a varied fleet of smartly turned out coaches. Whilst their contribution to yesterday’s event is not known, they were represented by three bright pink Irizar Century bodied Scania K114s and a Plaxton Profile bodied Volvo B7R. Seen furthest from the camera is a trio of impressive fifteen metre long former Megabus Plaxton Panther bodied Volvo B12BTs.

Corbel Coaches is a London based coach hire company who cater for all events and travel excursions of all sizes and profiles.

We are a family run business and have built strong relationships with other local businesses and schools, offering our services to ensure both smooth and efficient transfers between destinations for your peace-of-mind. Take a look at our coach and minibus hire services and get in touch with us today for a great value quotation.